Death by Code
I came across this article by Jeffrey S. Sargent (read below) and thought it was interesting. There are numerous building codes in our country. While some states allow for local jurisdiction to amend codes, some states have statewide codes. As a home inspector in Hilton Head (and surrounding areas), South Carolina, I see variations in building codes from one town to the next. When political and economic concerns get involved, safety and common sense can fall to the wayside. Add local interpretation of adopted codes, and areas where code officials have little power, and you may have a mix for tragedy, such as the story told by Jeffrey, which resulted in death as a result of a local jurisdiction amending the codes. While this may be extreme, I hope it calls forth some interesting and productive discussions on code enforcement and code adoptions.

I had dinner recently with a good friend and colleague, and our conversation drifted to the topic of 2014 National Electrical Code® adoption. I told him adoptions were going well, but that some jurisdictions had passed or were contemplating amendments reducing the level of safety afforded by the NEC. The only “technical” support for these amendments, in most cases, were anecdotal accounts of operational problems and overstated financial concerns.
This led my friend to share an experience he had while working as the chief electrical inspector of a mid-sized city. He’s no longer employed by that community, but it was clear that the impact of what happened had not faded.
He told me he’d been at his office early on a Monday morning, and that he’d just closed out the last inspection report from the previous week when his phone rang. The caller explained he was interested in learning about the background of a city-specific amendment to the NEC. The amendment had exempted receptacles installed in garages and on the outside of homes from the requirement that they be provided with ground-fault circuit-interrupter (GFCI) protection. The inspector explained the exception was on the books prior to him assuming the chief inspector’s job and had been added in response to negative feedback on the requirement that had been received by a member of the city council from local homeowners. The council member was in the homebuilding business.
Anyone who has served responsibly in the public sector understands the governmental chain of command, and in this case the inspector did what he believed was right by not disparaging those who were elected by the citizens of that city. He also knew that, had he been in the chief’s position at the time the amendment was proposed, he would have made every possible attempt to dissuade the council from reducing the level of safety established in a national consensus code. As it was, the amendment stood, and he had no desire to attempt to reverse a decision of the city council.
The gentleman on the other end of the line began calmly explaining the reason for his call. His family had recently moved into a new home in the city, and during the previous weekend they held a cook-out at their home. At the time, electrically heated outdoor grills were a new and easy way to cook outdoors—just plug in and cook. This family’s grill was flawed, however. The man’s young son had come in contact with the grill—which was plugged into an outdoor receptacle that lacked GFCI protection—at the same moment he was in contact with ground, and received a severe shock. He died en route to the hospital.
The electrical inspector was speechless. There were no words he could offer to justify why the amendment existed. He knew the amendment was wrong, but now he knew just how wrong: based on what the caller was saying, the amendment might be complicit in the death of a child. A lawsuit was filed against the city, and an out-of-court settlement was reached. The amendment was subsequently repealed.
Deeply disturbed by what had happened, the inspector vowed he would never again work in a jurisdiction where convenience and financial considerations were placed above safety. He never again wanted to be in the position of having to explain to a grieving parent the shallow reason why a fundamental safety feature had been amended out of a national consensus code for safe electrical installations.

Thanks for reading my Blog. 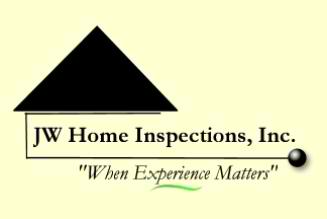 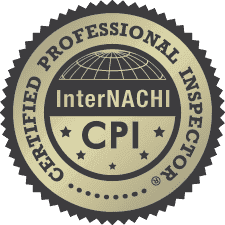